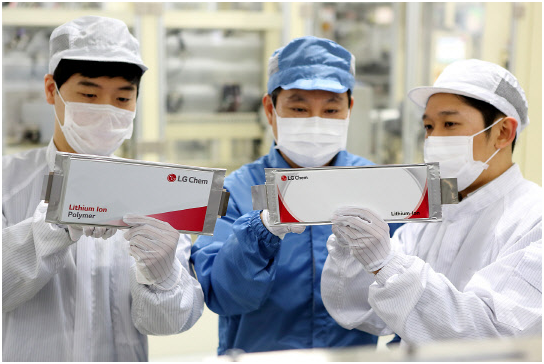 LG Chem will establish an advanced cobalt supply chain based on blockchain technology with its foreign partners, including IBM and Ford.

Among them, Huayou Cobalt is the world's No. 1 cobalt producer headquartered in Zhejiang Province, China. The company established a joint venture with LG Chem in China last year. RCS Global is a global raw material verification organization established in 2008.

The proposed blockchain system is intended to ensure ethical sourcing of cobalt by sharing the whole production process from cobalt mining to refining, battery manufacturing and final mounting on electric vehicles. Huayou Cobalt, LG Chem, and Ford will transfer all of their raw material procurement and manufacturing data to RCS Global, and IBM distributes and stores these data in a blockchain platform to protect them from manipulation and hacking threats.

An alliance of these companies plans to run a pilot blockchain platform for six months before launching a formal platform. They plan to develop it into an industry standard model. The reason why the global companies decided to introduce a blockchain platform for battery production is that ethical problems emerged in raw material supply amid a rapid growth of the cobalt market.

In particular, automobile and battery makers are not free from ethical controversies as people have constantly raised human rights violation and environmental pollution issues in the Democratic Republic of the Congo which accounts for more than 60 percent of the world cobalt supply.

In fact, LG Chem banned the use of raw materials obtained through unethical methods in 2017 and said that it would not use the four major minerals (tin, tantalum, tungsten and gold) from conflict-stricken areas.